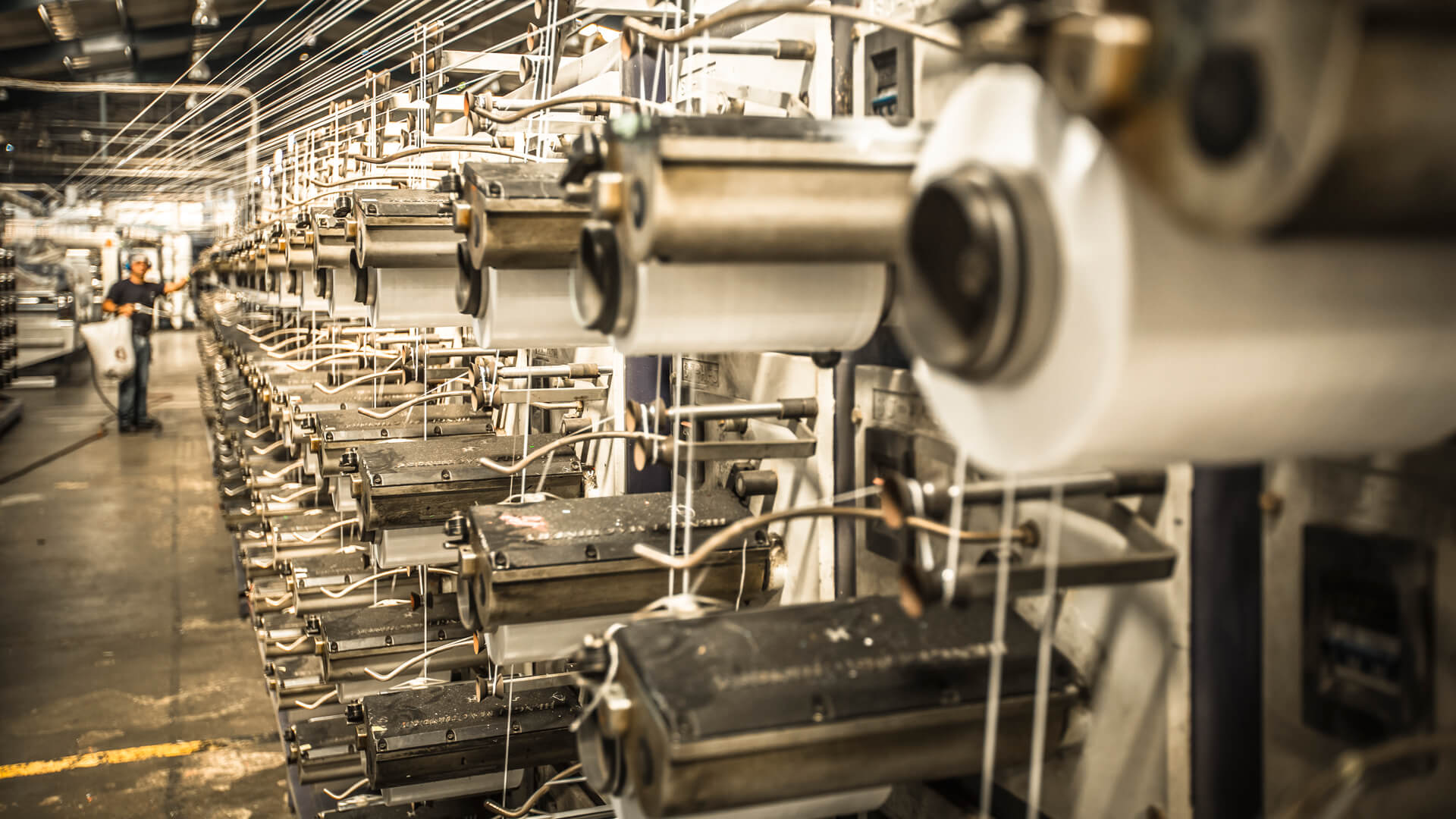 At the beginning of 1966, two companies; Plastic Peruana SA and Lanificio del Perú SA, carried out preliminary studies for the construction of a woven polypropylene bag plant.

The objective was to satisfy the needs of the important fishmeal industry of that time.

The plant was located in the then new industrial zone in Trujillo, 560 kilometers north of the city of Lima. All the machinery was shipped from the United Kingdom in December 1967 and arrived in Peru a month later.

The official inauguration took place on May 25, 1968. Some months later, in early September 1968, large orders for sacks were placed, for salt, fertilizers, minerals, rice, cotton, aromatic seeds and Polypropylene fabric for furniture. For the first time in the world, tubular polypropylene bags were being made.

The industrial plant in Trujillo has recently been totally
re-modernized.

We also produce tape and fibrillated raffia, big bags or maxi bags, leno or mesh bags, agro textiles or “ground cover” fabrics and twisted rope. All within our spacious and comfortable facilities on a site of over 28,000 square meters.

At NORSAC we value our customers and we have an unswerving commitment to them; reason why we are constantly renewing our worldwide technology, continually striving for customer satisfaction, and guaranteeing our products, all of which have made NORSAC the leading manufacturer of sacks and polypropylene fabrics in Peru.